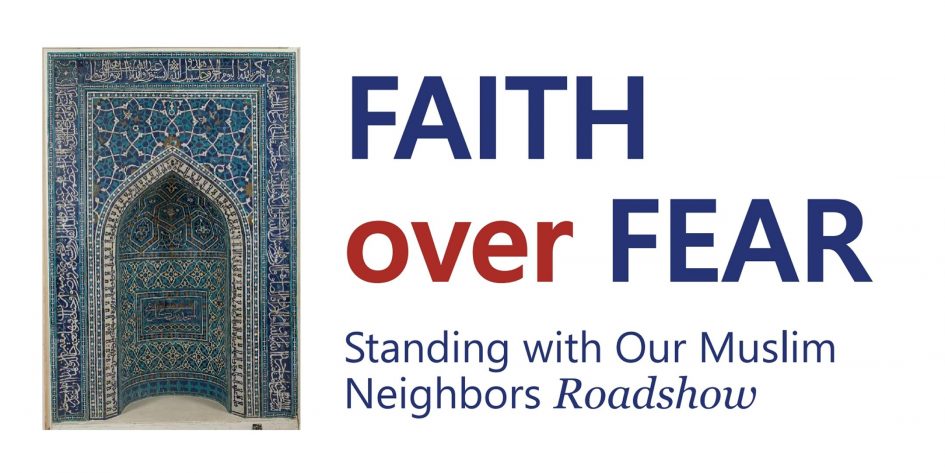 Each year the Islamophobia industry spends over $30 million dollars to make people afraid of Islam and American Muslims. The websites, YouTube videos, books, white papers, lobbying, and media stars of the Islamophobia industry turn the hearts and minds of people against one another, paving the way for a more divided, fearful future. We don’t have to live in that future. Together we can build a future based on our shared values and vision for America!

We cordially invite the public; faith leaders from all churches, mosques, synagogues, and temples; and civic, education, and community leaders to join Aneelah Afzali (MAPS-AMEN) and Pastor Terry Kyllo (Neighbors in Faith) for an overview of the Islamophobia industry, the threat it poses to our nation and civil liberties, and what we can do about it together. This event will include time for Q & A and interaction with faith, political, and education leaders in your area.

Aneelah Afzali, Esq. is the founder and Executive Director of the American Muslim Empowerment Network (AMEN), a new initiative of the Muslim Association of Puget Sound (MAPS). Aneelah graduated from the University of Oregon Honors College, and was named a Chayes International Service Fellow at Harvard Law School.

The Rev. Terry Kyllo is a pastor serving as the director of Neighbors in Faith an interfaith effort to recognize Muslims as neighbors and partners in building a more peaceful world. NIF is authorized by the Lutheran and Episcopal Churches in western Washington State.

The Shoulder to Shoulder Campaign

The Episcopal Diocese of Olympia

The Northwest Washington Synod of the ELCA

The Southwestern Washington Synod of the ELCA

Pacific Northwest Conference of the United Church of Christ

Ascension of Our Lord

[Jesus said to the eleven and to those with them], “These are my words that I spoke to you while I was still with you—that everything written about me in the law of Moses, the prophets, and the psalms must be fulfilled.” Then he opened their minds to understand the scriptures, and he said to them, “Thus it is written, that the Messiah is to suffer and to rise from the dead on the third day, and that repentance and forgiveness of sins is to be proclaimed in his name to all nations, beginning from Jerusalem. You are witnesses of these things. And see, I am sending upon you what my Father promised; so stay here in the city until you have been clothed with power from on high.”

Then he led them out as far as Bethany, and, lifting up his hands, he blessed them. While he was blessing them, he withdrew from them and was carried up into heaven. And they worshiped him, and returned to Jerusalem with great joy; and they were continually in the temple blessing God.