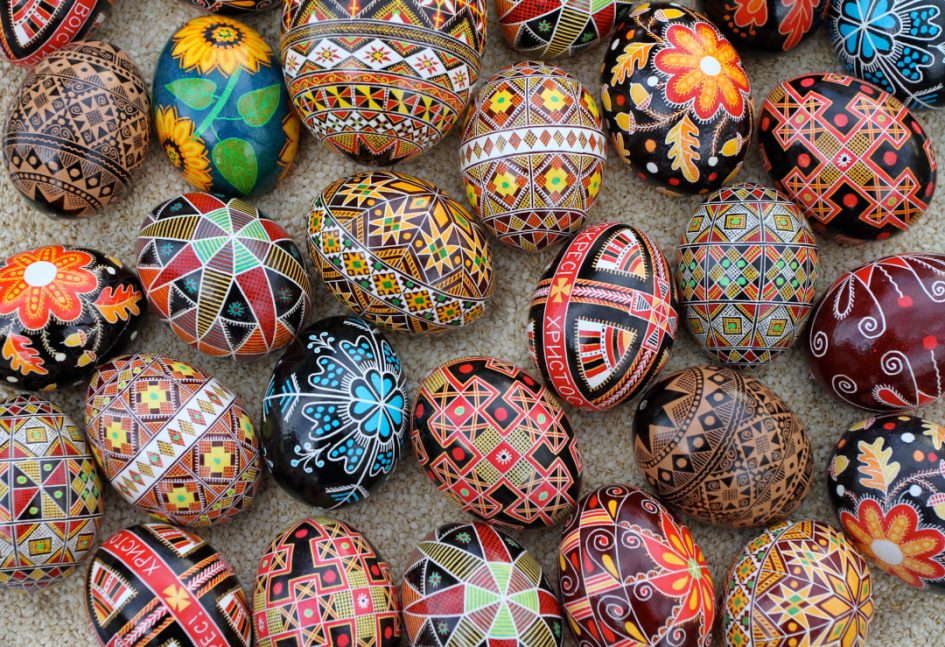 I share with you a story from a Sunday school class. Some 40 years ago, the Sunday school teacher for third graders got a lovely idea for her children. She collected L’eggs pantyhose eggs, which were popular at the time. A few weeks before Easter Sunday, she handed out an empty L’eggs egg to each of the eight children in her class. She asked them to find something in the house or in the yard, something small that would fit inside the egg, something that represented spring, symbolized life, and reminded them of Easter. Each child got a L’eggs egg. Stephen also got an egg.

The teacher was a bit worried about Stephen, because he was a special child. Eight-year-old Stephen was a happy boy, pleasant and kind, but slow and simple, developmentally disabled. He had been nurtured in the life of the church—baptized, communing, participating in Sunday school with the other kids his age. Stephen did not seem to be aware of or worry that he was not equal to the abilities of the other children. They were his friends. He loved them. The other children, for their part, fully accepted Stephen and loved him. The teacher just worried a bit that Stephen might not understand the project and then he might be embarrassed when they all shared their Easter eggs.

On Easter Sunday, the third-grade Sunday school class had a special time together in order to share their eggs. Every child was excited to share his or her “find.” The teacher, in order to save Stephen from any possible embarrassment, decided to collect the eggs and open each one. The first egg contained a flower. “Very pretty,” said the teacher. A child burst out, “I brought that one.” “Yes,” said the teacher,“it’s a good sign for new life and springtime.” The next egg had a rock. The teacher thought this might be Stephen’s egg, since rocks don’t symbolize new life and springtime. She started to move to another egg when one of the children said, “That’s crazy.  Rocks aren’t alive.” But Billy spoke up, “It has moss on it. Moss is alive.” “That’s right. Very good,” said the teacher. In another egg was a handmade butterfly, and the child who brought that egg bragged that it was the best symbol for life. “Yes. Well said,” the teacher remarked. She opened a fourth egg. It was empty.  The teacher thought to herself, “This one must be Stephen’s,” as she immediately reached for another egg. “Please don’t skip mine,” Stephen pled.  “But it’s empty,” answered the teacher. “That’s right,” said Stephen, “just like Jesus’ tomb. That means new life for everyone.” The teacher, silenced, smiled and then her eyes welled with tears.  The children gave Stephen high fives.

Later, during the summer, Stephen, who also had other health problems, caught an infection.  Other children were able to overcome the illness. Stephen could not. At eight years old, he died.  There were so many flowers for the funeral service that there was barely room in the sanctuary to place them. The third-grade Sunday school children brought a different offering to honor and remember Stephen. Instead of a flower spray placed on the pall-covered coffin, there were eight L’eggs eggs, from the children and their teacher—each one opened, all were empty.

New life begins at the cross and in the graveyard. From an empty tomb we first hear the Easter proclamation. “Death has been swallowed up in victory. Where, O death, is your victory?  Where, O death, is your sting?…Thanks be to God who gives us the victory through our Lord Jesus Christ.” Death could not keep Jesus, nor the tomb hold him. God had the last laugh. As Stephen said, “That means new life for everyone.”

Ascension of Our Lord

[Jesus said to the eleven and to those with them], “These are my words that I spoke to you while I was still with you—that everything written about me in the law of Moses, the prophets, and the psalms must be fulfilled.” Then he opened their minds to understand the scriptures, and he said to them, “Thus it is written, that the Messiah is to suffer and to rise from the dead on the third day, and that repentance and forgiveness of sins is to be proclaimed in his name to all nations, beginning from Jerusalem. You are witnesses of these things. And see, I am sending upon you what my Father promised; so stay here in the city until you have been clothed with power from on high.”

Then he led them out as far as Bethany, and, lifting up his hands, he blessed them. While he was blessing them, he withdrew from them and was carried up into heaven. And they worshiped him, and returned to Jerusalem with great joy; and they were continually in the temple blessing God.