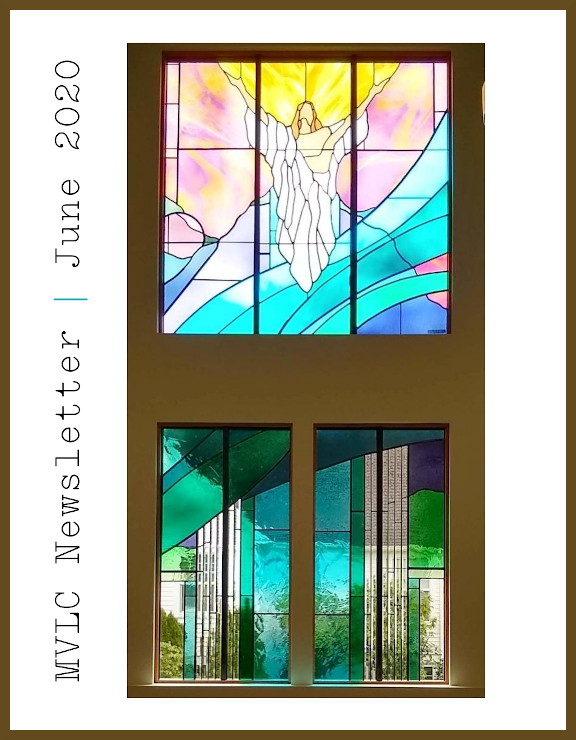 The monthly Mountain View Lutheran Church newsletter is filled with articles, information, events, and a calendar of what is happening in life together. A weekly electronic newsletter is also sent out to members, visitors, and friends of the congregation.

MONTHLY NEWSLETTER
The monthly newsletter is available in hard copy on campus in the Gathering Space, Education Building, and Church Office. Electronic copies of the newsletter are available below.


MVLC E-NEWS
The weekly electronic newsletter is sent out once or twice per week.
► SEND an email to the Church Office if you would like to be added to the MVLC E-news distribution list. Please place “MVLC E-news” in the subject line.

Do Not Be Afraid

[Jesus] made the disciples get into the boat and go on ahead to the other side [of the Sea of Galilee], while he dismissed the crowds. And after he had dismissed the crowds, he went up the mountain by himself to pray. When evening came, he was there alone, but by this time the boat, battered by the waves, was far from the land, for the wind was against them. And early in the morning he came walking toward them on the sea. But when the disciples saw him walking on the sea, they were terrified, saying, “It is a ghost!” And they cried out in fear. But immediately Jesus spoke to them and said, “Take heart, it is I; do not be afraid.” Peter answered him, “Lord, if it is you, command me to come to you on the water.” He said, “Come.” So Peter got out of the boat, started walking on the water, and came toward Jesus. But when he noticed the strong wind, he became frightened, and beginning to sink, he cried out, “Lord, save me!” Jesus immediately reached out his hand and caught him, saying to him, “You of little faith, why did you doubt?” When they got into the boat, the wind ceased. And those in the boat worshiped him, saying, “Truly you are the Son of God.”