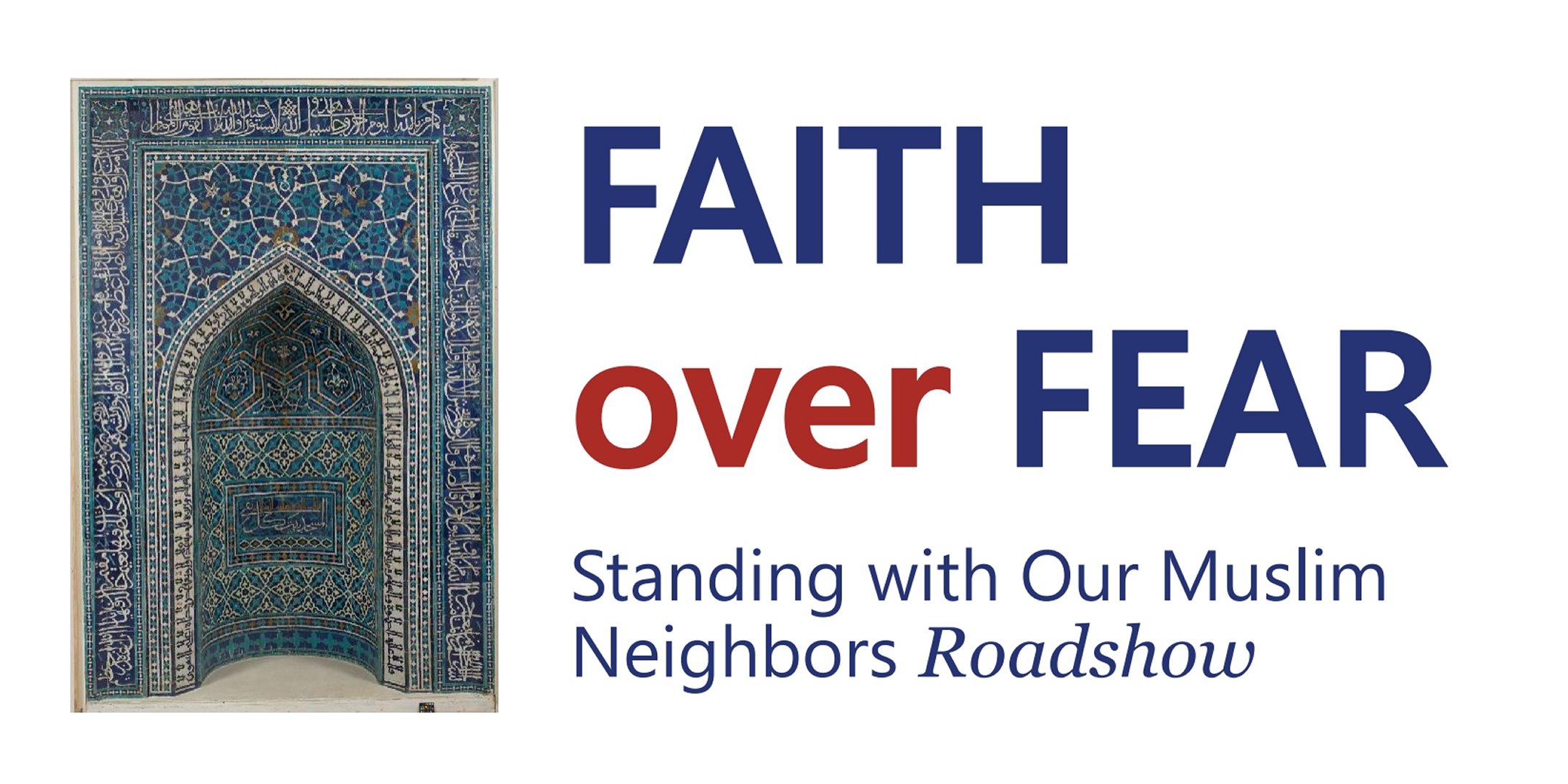 Each year the Islamophobia industry spends over $30 million dollars to make people afraid of Islam and American Muslims. The websites, YouTube videos, books, white papers, lobbying, and media stars of the Islamophobia industry turn the hearts and minds of people against one another, paving the way for a more divided, fearful future. We don’t have to live in that future. Together we can build a future based on our shared values and vision for America!

We cordially invite the public; faith leaders from all churches, mosques, synagogues, and temples; and civic, education, and community leaders to join Aneelah Afzali (MAPS-AMEN) and Pastor Terry Kyllo (Neighbors in Faith) for an overview of the Islamophobia industry, the threat it poses to our nation and civil liberties, and what we can do about it together. This event will include time for Q & A and interaction with faith, political, and education leaders in your area.

Aneelah Afzali, Esq. is the founder and Executive Director of the American Muslim Empowerment Network (AMEN), a new initiative of the Muslim Association of Puget Sound (MAPS). Aneelah graduated from the University of Oregon Honors College, and was named a Chayes International Service Fellow at Harvard Law School.

The Rev. Terry Kyllo is a pastor serving as the director of Neighbors in Faith an interfaith effort to recognize Muslims as neighbors and partners in building a more peaceful world. NIF is authorized by the Lutheran and Episcopal Churches in western Washington State.

The Shoulder to Shoulder Campaign

The Episcopal Diocese of Olympia

The Northwest Washington Synod of the ELCA

The Southwestern Washington Synod of the ELCA

Pacific Northwest Conference of the United Church of Christ 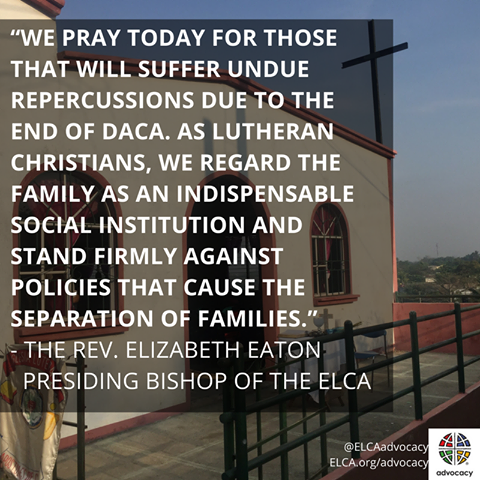 CHICAGO (Sept. 4, 2017) – The Rev. Elizabeth A. Eaton, presiding bishop of the Evangelical Lutheran Church in America (ELCA), has issued the following statement in response to the Trump administration’s announcement about the Deferred Action for Childhood Arrivals (DACA) program.

“As we journey together through the time God has given us, may God give us the grace of a welcoming heart and an overflowing love for the new neighbors among us” –ELCA social message, “Immigration” (1997).

We are saddened today by the end of the Deferred Action for Childhood Arrivals (DACA) program, which provided relief from deportation to young people who have grown up as members of our churches, as neighbors playing with our children, and enriching our communities. We pray today for those who will suffer undue repercussions due to the end of this program. As Lutherans, we regard the family as an indispensable social institution and stand firmly against policies that cause the separation of families.

As we lament this change in policy, we call on members of Congress to pass long-overdue legislation to protect young people brought to the U.S. as children, also known as Dreamers. Our churches, our schools, our communities and the country are enhanced by their presence and contributions. It is time that our immigration policy reflects their gifts to all of us.